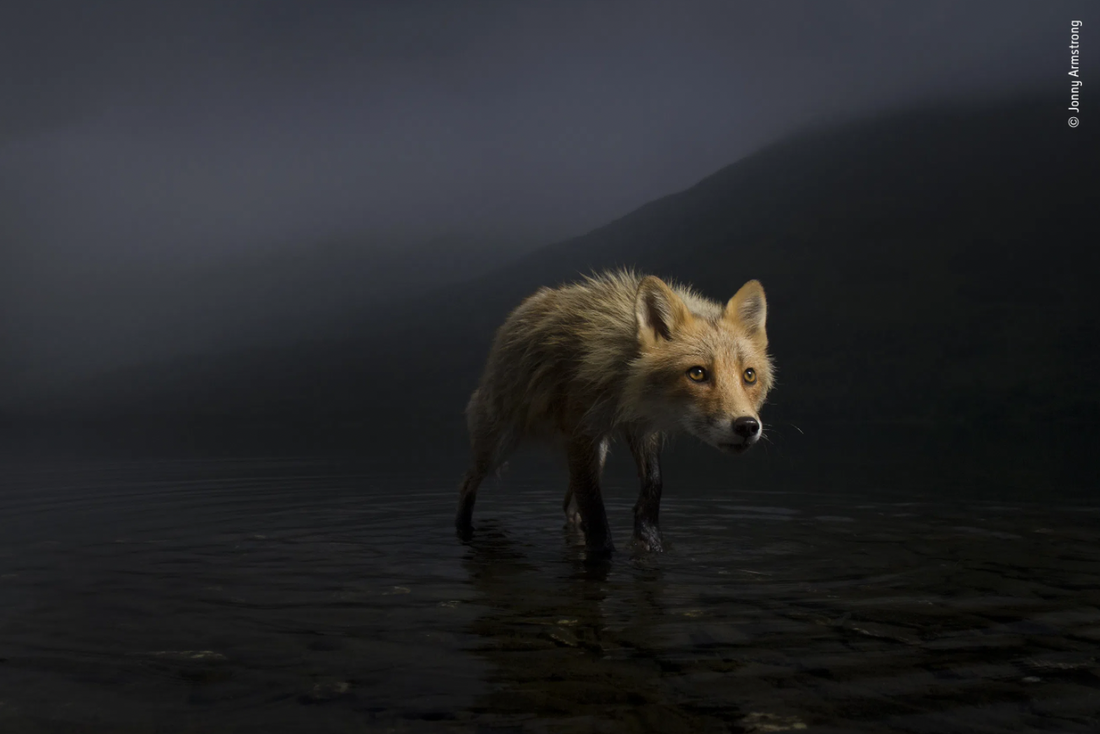 We've taken a look at this year's memorable entries from the 2021 competition and picked out some of our favourites for special mention. In no particular order...

Jonny and his colleague willed the red fox to reach them before the heavens opened. ‘Adjusting the manual flash was awkward,’ he says, so he pre-set the power for a soft spotlight – just enough to bring out the texture of the fox’s coat at a relatively close range. Red foxes live in diverse habitats across the world. Jonny had followed this fox over several days, watching it forage for berries, pounce after songbirds, and playfully nip at the heels of a young brown bear. 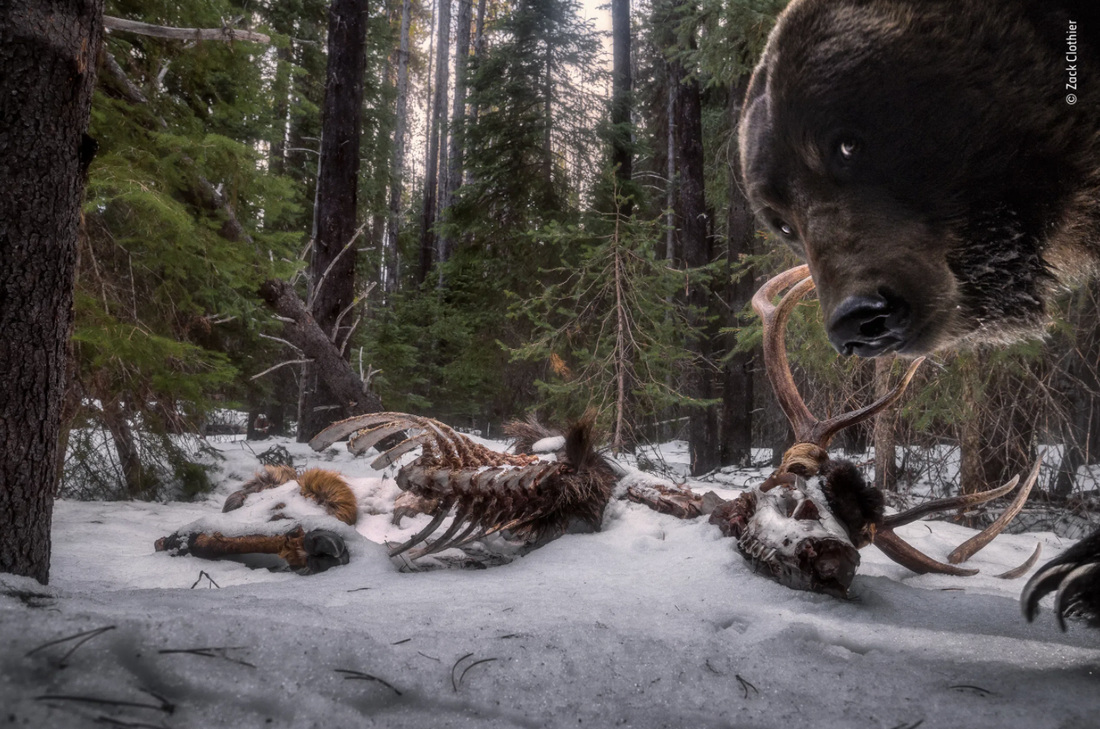 Zack decided these bull elk remains were an ideal spot to set a camera trap. Returning to the scene was challenging. Zack bridged gushing meltwater with fallen trees, only to find his setup trashed. This was the last frame captured on the camera. Grizzlies, a subspecies of brown bears, spend up to seven months in torpor – a light form of hibernation. Emerging in spring, they are hungry and consume a wide variety of food, including mammals. 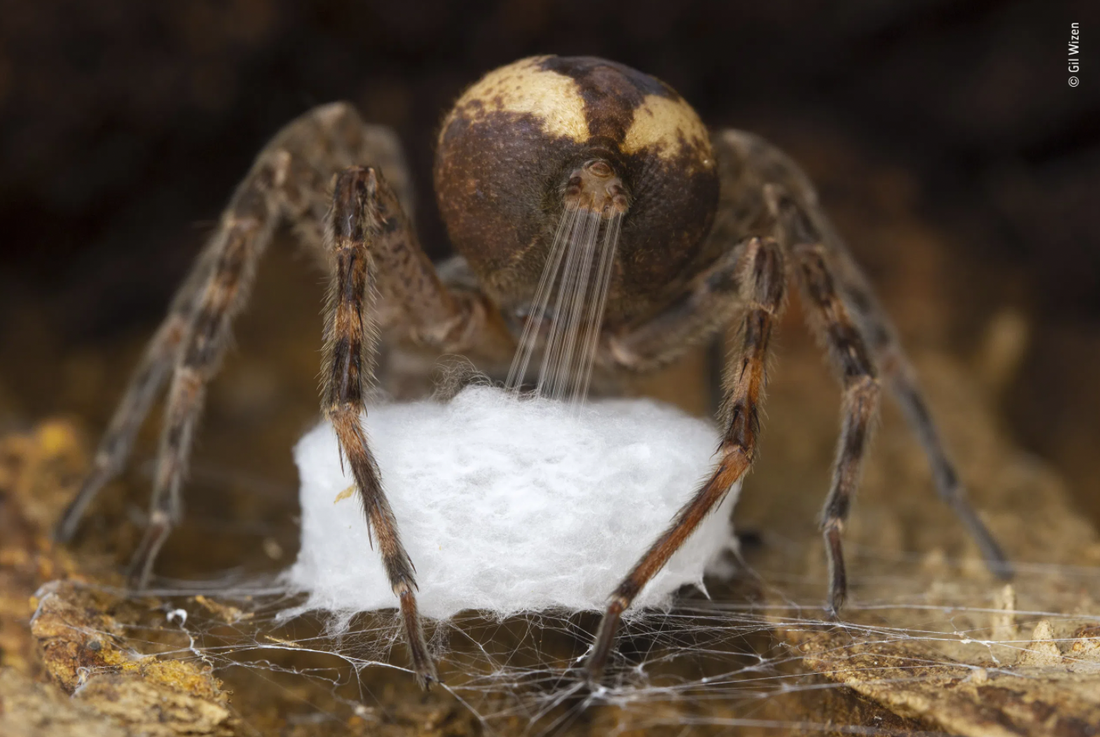 3. Spinning the cradle by Gil Wizen

Gil discovered this spider under loose bark. Any disturbance might have caused the spider to abandon its project, so he took great care. ‘The action of the spinnerets reminded me of the movement of human fingers when weaving,’ Gil says. These spiders are common in wetlands and temperate forests of eastern North America. More than 750 eggs have been recorded in a single sac. Fishing spiders carry their egg sacs with them until the eggs hatch and the spiderlings disperse. 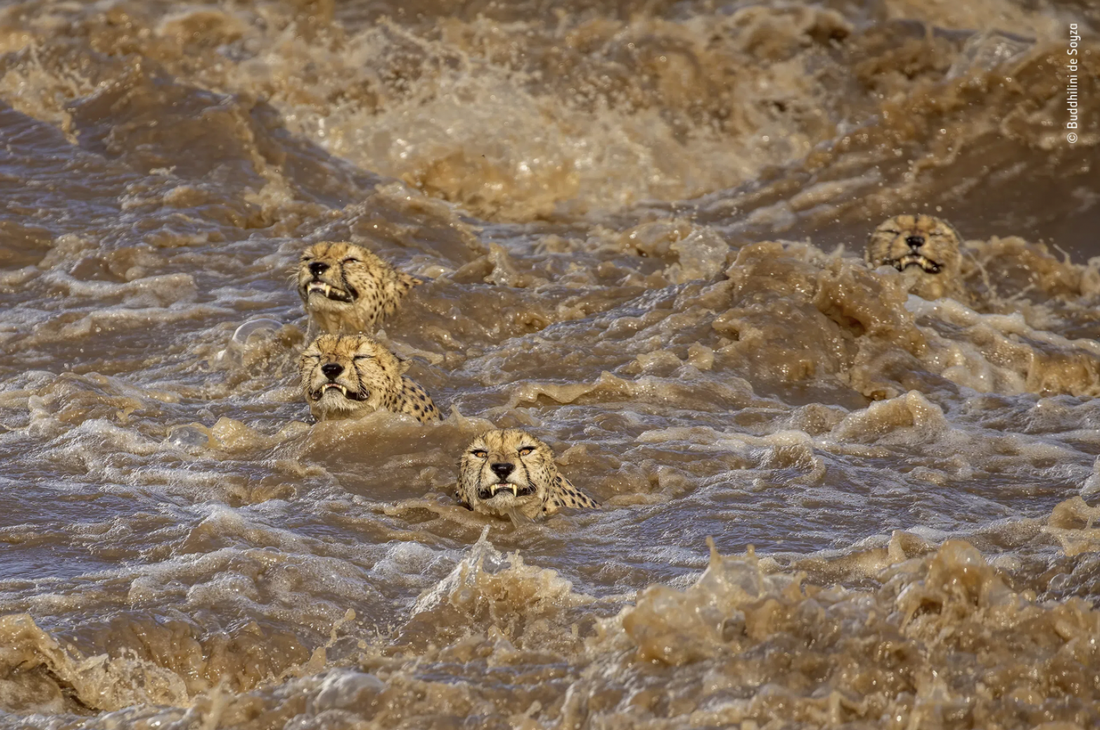 Five male cheetahs strain against the current of the raging Talek River in Kenya's Maasai Mara National Reserve. A period of relentless, unseasonable rain at the end of 2019 caused the worst flooding local elders had ever known. Cheetahs are usually strong swimmers, but the unusually turbulent water of the flooded river posed a serious threat.

Dilini spent hours watching nervously from the opposite bank as the coalition, led by the lead male, searched for a suitable place to cross. Calmer stretches of water were likely to conceal lurking crocodiles while the more rapid parts could drag the cheetahs downstream with ease.

'Suddenly, the leader jumped in,' Dilini says, followed loyally by the other four. The strong torrents and underwater currents dragged the cheetahs almost 100 metres downstream. Eventually, and to Dilini's relief, all five cheetahs made it safely to the other side. 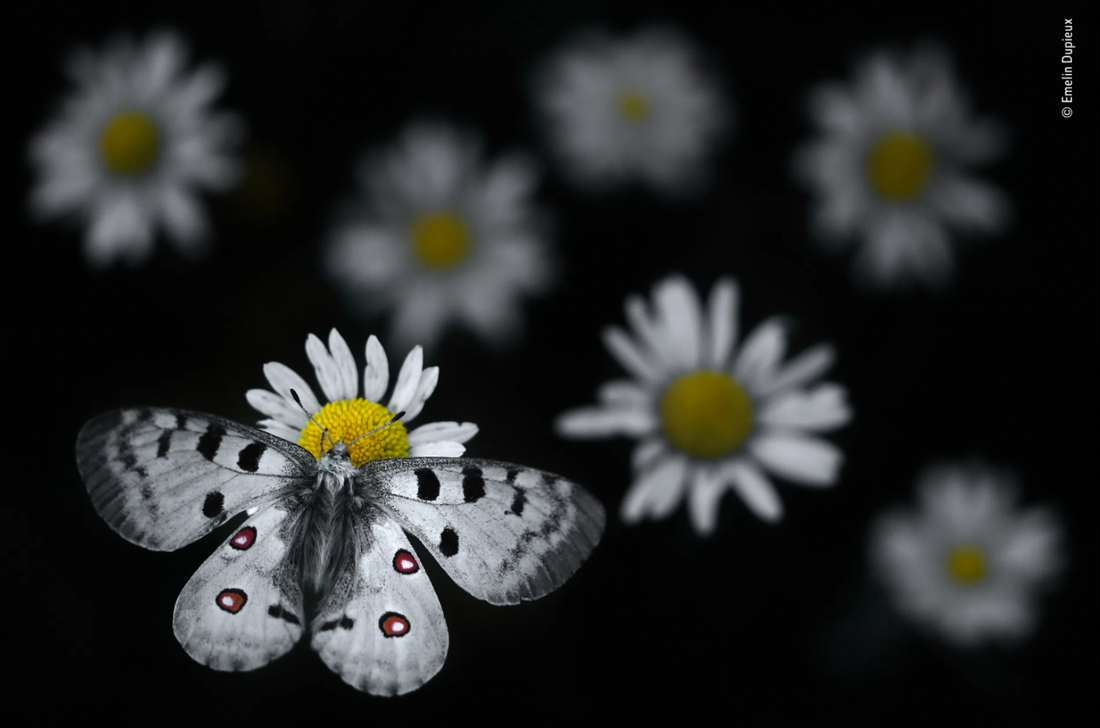 Flower-filled meadows full of fluttering Apollo butterflies surrounded Emelin’s family’s holiday cottage. Discovering the butterflies’ resting spot in wooded hills above the meadows, Emelin achieved his dream of photographing ‘the magnificent Apollo’. Found at high altitudes across the mountains of Europe, Apollo butterflies are vulnerable to climate change because their life cycle relies on snow. Snow forms an insulating layer over the butterflies’ eggs, preventing them from freezing, which means that reduced snowfall can impact the butterflies’ survival. 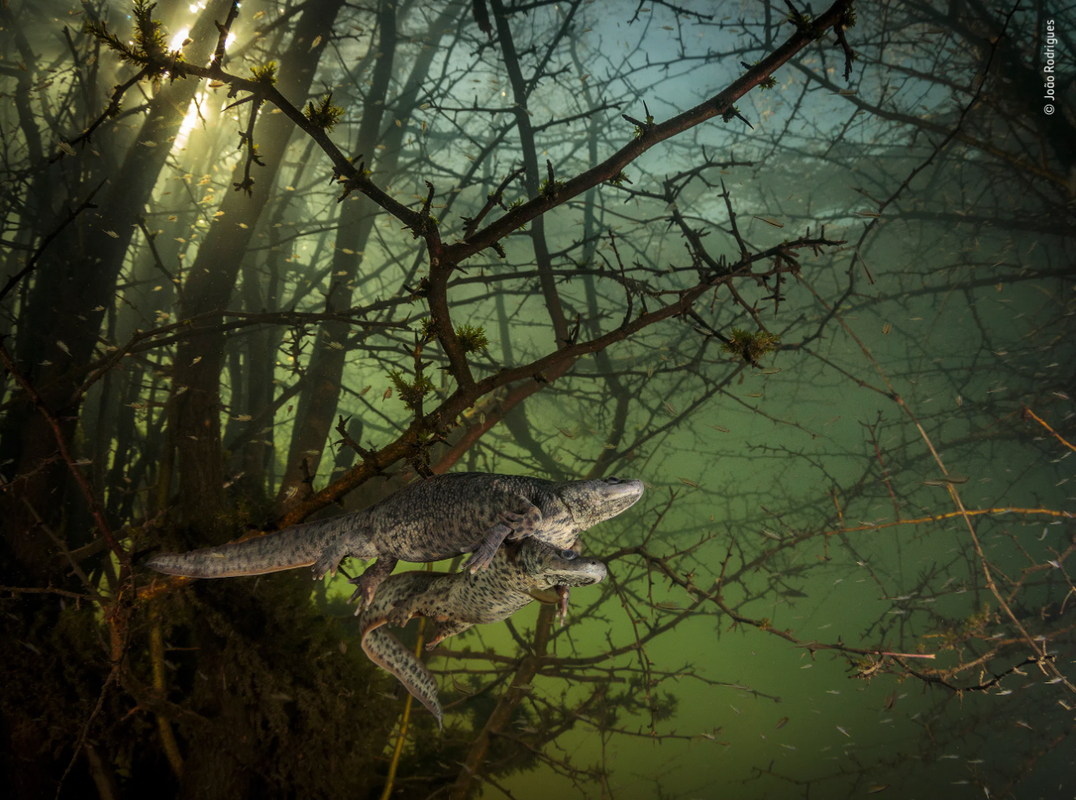 6. Where the giant newts breed by João Rodrigues

It was João’s first chance in five years to dive in this lake as it only emerges in winters of exceptionally heavy rainfall, when underground rivers overflow. He had a split second to adjust his camera settings before the newts swam away.
Found on the Iberian Peninsula and in northern Morocco, sharp-ribbed newts (or salamanders) are named after their defence strategy. They use their pointed ribs as weapons, piercing through their own skin and picking up poisonous secretions, then jabbing them into an attacker.
Next article: Five of our favourite springtime wildlife sights and sounds
​Next article: Where can you watch owls in the UK?
Next article: Endangered beetle hides out at WWT Welney​
​Next article: BTO ask British public to participate in a national study of Tawny Owls and their calling behaviour
Next article: The prestigious Bird Photographer of the Year (BPOTY) competition has announced the 2018 winners