Thousandth hazel dormouse brought back to the wild 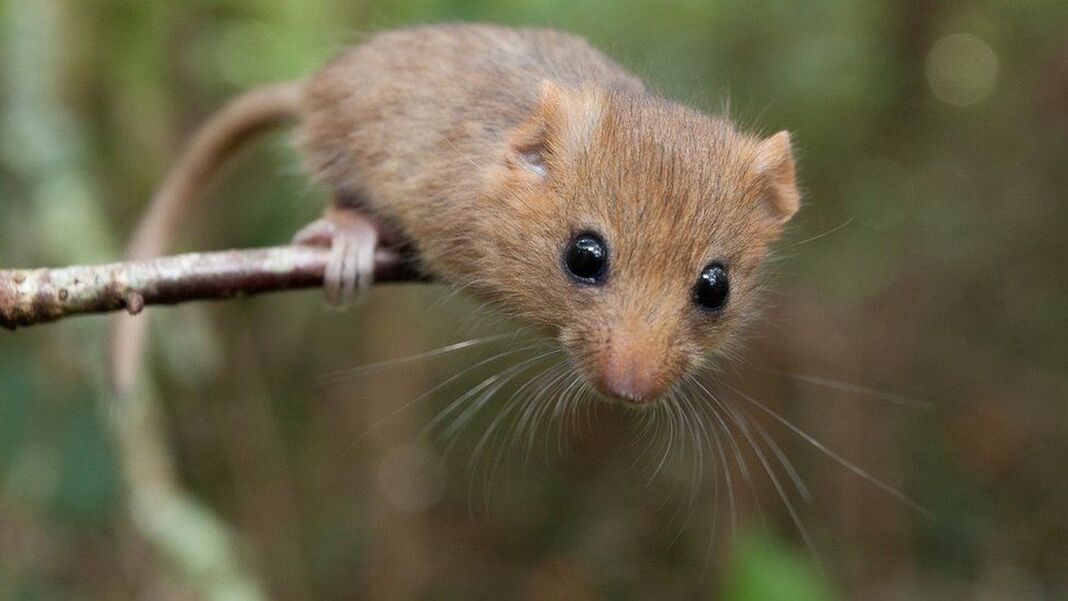 A collaboration project has overseen the 1,000th captive-bred hazel dormouse to be released into the wild in a UK-wide reintroduction scheme for these threatened mammals.

Once widespread, the animals have now disappeared from 17 English counties. Big-eyed and famously sleepy, the dormouse is a woodland and fairy tale icon, but it is a species in decline.

Reintroduction, scientists say, is the only way to bring dormice back to habitats from which they have been lost. The project, a collaboration between the wildlife charity People's Trust for Endangered Species (PTES), Natural England and the University of Cumbria, brought 15 breeding pairs to a secret location in the Arnside and Silverdale Area of Outstanding Natural Beauty in Lancashire.

Ian White, who has worked for the PTES for 15 years said:
"When I started 15 years ago, there were five populations in northern England, and now there's only one. It's a decline in woodland and hedgerow management. Dormice live in the shrub layer of woodland, and in many areas that layer has been stripped out, or the forest has been left to grow up and shade out the understory."

With its tangle of hazel, willow and bramble, the chosen Lancashire release site is ideal for the rodents, but getting them there has been a time-consuming team effort.

The 30 dormice in this most recent (and most northerly) release were bred and reared in captivity at London Zoo. They were kept in quarantine for nine weeks and thoroughly checked for disease or parasites, before being transported more than 250 miles by car.
The animals travelled in special dormouse nest boxes that were handmade by prisoners in HMP Doncaster and Humber - as part of a partnership between the PTES and the Department of Justice.

Dr Deborah Brady, from the University of Cumbria in Ambleside commented:
"Dormice belong here. But 50% of the population has been lost in just the last 20 years, which fits in with the loss of biodiversity we are facing more broadly. And this is a species that we can practically help - we can do something about that. We should end up with a population of possibly 70 or 80 animals in three very closely connected woodlands. Those animals will hopefully breed and we'll be watching that population really carefully."

The same team is planning another reintroduction next year in a nearby location.
Next article: Five of our favourite springtime wildlife sights and sounds
​Next article: Where can you watch owls in the UK?
Next article: Endangered beetle hides out at WWT Welney​
​Next article: BTO ask British public to participate in a national study of Tawny Owls and their calling behaviour this autumn and winter
Next article: The prestigious Bird Photographer of the Year (BPOTY) competition has announced the 2018 winners