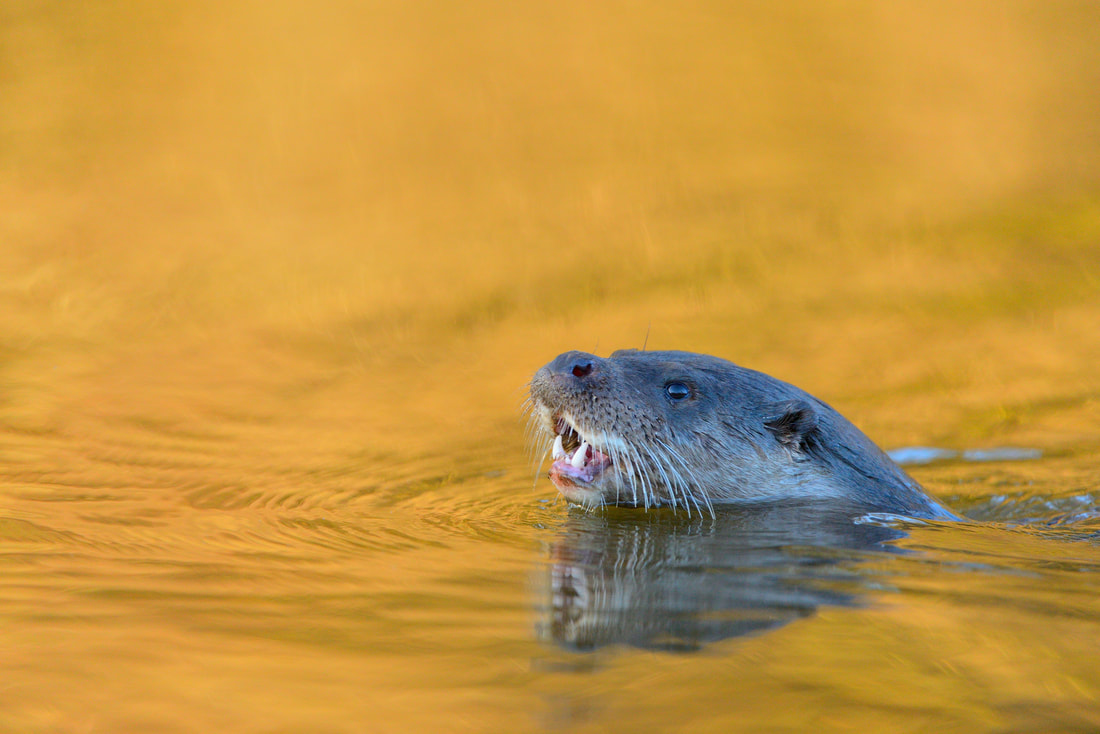 Otter swimming in January, Suffolk. By Ben Andrews (rspb-images.com)
With the dust settling on your 2018, why not start 2019 as you mean to go on - by exploring beautiful places and watching amazing wildlife.

How about a trip to one of these RSPB nature reserves on New Year’s Day? We have highlighted five of our faves along with some of the stunning wildlife that awaits!

Arne, Dorset
A fantastic heathland reserve overlooking Poole Harbour, Arne is said to have its own microclimate which benefits a huge range of species. Dartford warblers can be seen here all year round, plucking spiders from the gorse. Then there are the extraordinary looking spoonbills, which feed on the reserve during the day. The most obvious mammals will be the sika deer. These animals, originally from Japan, colonised parts of Dorset after being introduced to Brownsea Island.

Minsmere, Suffolk
This jewel in the RSPB’s crown sits on the Suffolk coast where it draws in a rich variety of wildlife. Birds are plentiful at this time of year, attracted by the woodland, heath, reedbeds, lagoons and shore. Bearded tits ‘ping’ their way through the reedbed while marsh harriers hunt overhead. Patient nature watchers in the Island Mere hide can be rewarded with views of bitterns and even otters catching fish right in front of them! The otters are always around and although they can be seen at any time, early morning and dusk can be especially fruitful for these delightful animals.

Portmore Lough, County Antrim
Wet grassland is carefully managed here for nesting waders in spring, and those meadows also attract flocks of winter visitors like whooper swans. These birds will have travelled from Iceland and will stay until April before heading back there to breed. Swirling flocks of golden plovers and lapwings are also a highlight right now. You’ll have a great view across the Lough, where duck numbers will be at their peak.

Rainham Marshes, Essex
The former military firing range with its striking visitor centre hosts a cracking mix of birds over winter. It’s a good place to find rock pipits along the Thames foreshore. You may be lucky enough to see water pipits too: these birds will have travelled over 500 miles from the Alps to hunt for insects on the muddy edges of the reserve’s pools. There are plenty of ducks and waders to see too - and if you’re lucky, stoats and weasels dashing about hunting small rodents.

Saltholme, Middlesbrough
Common seals on Greatham Creek at the north end of the reserve are visible all year round, depending on the tide – and there’s even a special viewing screen to watch them from. Thousands of waterbirds like golden plover, lapwing, curlew, wigeon, teal, shoveler and gadwall roost and feed on the wet grasslands and pools. If the waders suddenly panic and burst up in to the air that means there’s a bird of prey about - see if you can spot the hunting peregrine! Stick around for the spectacular starling murmuration at dusk.

Details of opening times and facilities are listed on each nature reserve’s webpages.