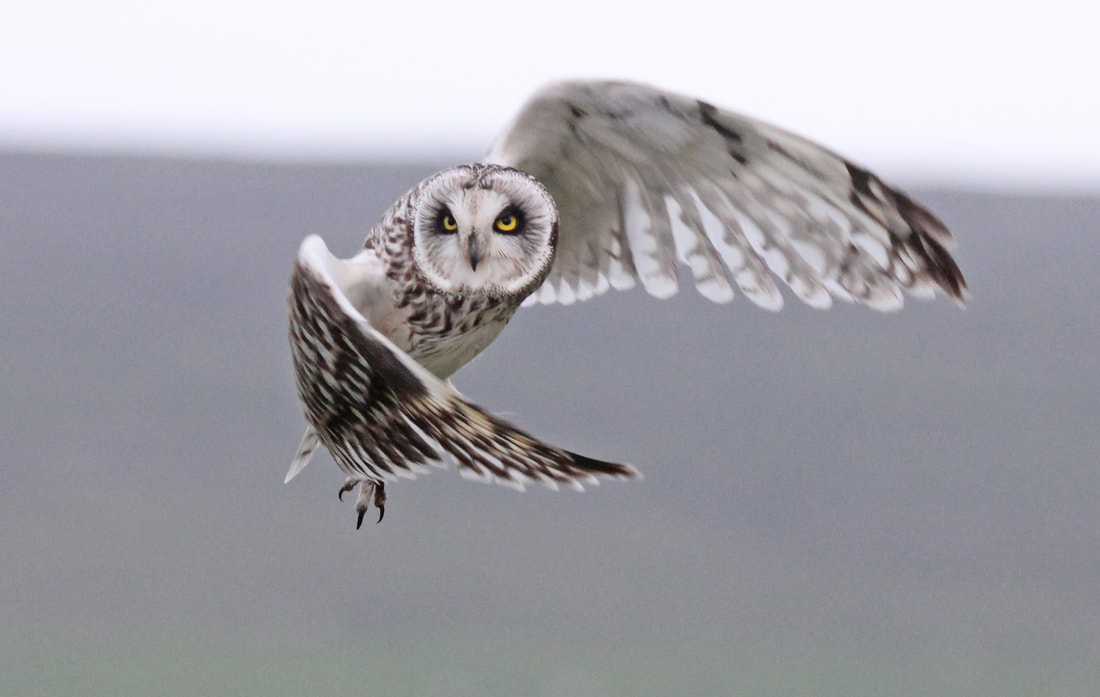 Short-eared owl at Durkadale, Orkney by Ian Francis
An ambitious project to safeguard Orkney’s world-renowned and internationally important native wildlife has been given the go ahead after receiving support from the National Lottery and the EU’s LIFE programme.

The Orkney Native Wildlife Project, a partnership between RSPB Scotland, Scottish Natural Heritage (SNH), and Orkney Islands Council, is set to be the largest project of its kind in the world. It aims to safeguard the unique and internationally important native wildlife of Orkney now and into the future by addressing the threat it faces from an invasive non-native predator: the stoat.

Thanks to National Lottery players, £3.5 million has been awarded, through a Heritage Lottery Fund grant to protect Orkney’s iconic wildlife upon which the county’s thriving wildlife tourism industry relies. The ambitious five-year project has also received funding of £2.6 million from LIFE.

Like many islands, Orkney has no native ground predators. Stoats are native to the UK mainland but not to Orkney where they were first reported in 2010. They are very accomplished predators and feed on small birds, eggs and small mammals. The presence of stoats in Orkney threatens the Orkney vole, which is found nowhere else in the world, and many birds including hen harriers, short-eared owls, red-throated divers, waders and seabirds, many of which support Orkney’s thriving wildlife tourism industry.

Along with removing stoats from Orkney which will involve recruiting a team of specially-skilled trappers and training the UK’s first local team of stoat detection dogs, the project team will raise awareness about Orkney’s native wildlife and the threats invasive non-native species pose and work alongside local communities, local schools, tourism groups, farmers and land managers.

Throughout the project and beyond, there will be many ways that Orcadians (including school children) can get involved in helping native wildlife thrive. This includes collecting data to monitor how native wildlife is doing including through citizen science, helping to detect and remove stoats, protecting stoat-free islands from invasion and ensuring measures are in place to prevent re-invasions in the future. All these ways to become involved and more were chosen and developed through consultations that took place with stakeholders and local communities during the nine-month development phase that was also funded by Heritage Lottery Fund.

Lucy Casot, head of the Heritage Lottery Fund in Scotland, said: “This is an extremely important project for the Orkney Islands. Wildlife tourism plays a vital part in the economy of this remote area. With the help of funds raised through the National Lottery, the fragile ecological balance can be restored for the benefit of the rare wildlife that lives there and for the islands as a whole.”

Anne McCall, Director of RSPB Scotland, said: “This project is vital to safeguard the amazing wildlife in Orkney and we’d like to thank HLF and LIFE for their support which is allowing it to proceed. The scale of the project is unprecedented; over the next five years we’ll be working with our project partners and Orcadians to ensure that the birds and mammals found in these islands have a secure future and are able to thrive in the long term without the threat of invasive species.”

Mike Cantlay, the Scottish Natural Heritage chairman, said: “Invasive species are one of the greatest threats to the beauty and variety of our nature. With this important funding, and people and organisations from all backgrounds working together, we can help protect Orkney’s internationally renowned wildlife and landscape for generations to come.”

Councillor Graham Sinclair, Chair of Orkney Islands Council’s Development and Infrastructure Committee, said: “Orkney’s environment and the wildlife it supports make our islands a very special place to live and visit, something our community greatly values. This important project will benefit our local economy as well as our environment, by creating the equivalent of more than 20 full time jobs. I commend the efforts Scottish Natural Heritage and RSPB Scotland have made in taking forward this initiative - and the significant support provided by the Heritage Lottery Fund and the EU.”

Anne Gascoigne is a member of the Orkney Field Club which was founded in 1959 to encourage the study and conservation of the natural and cultural heritage of the county. She said: “We are proud of indigenous species within our islands. The presence of non-native stoats is a direct threat to our Orkney vole population and thus to other species particularly short-eared owls and hen harriers which rely on voles for their food. We fully support the Orkney Native Wildlife Project in their attempt to rid our islands of stoats and at the same time raise the profile of our unique-but-fragile environment. This is an investment on behalf of future generations so they, like us, will be able to enjoy Orkney's abundant biodiversity.”